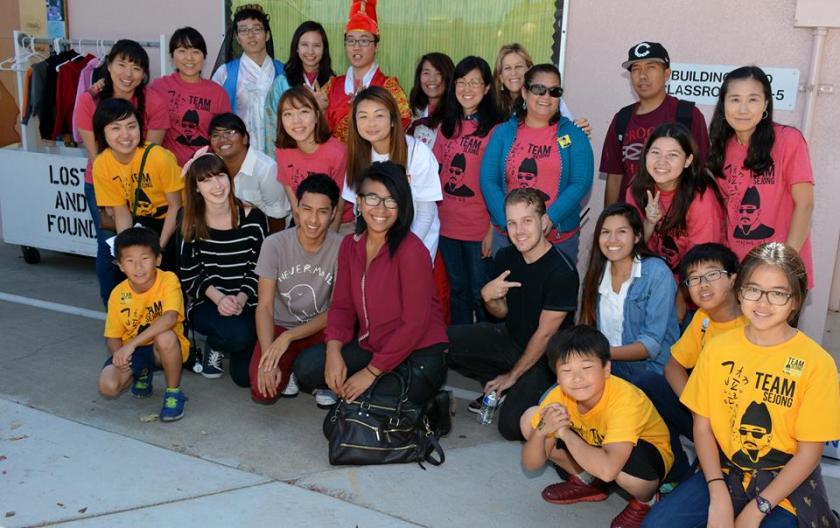 Jini Shim – Born in Seoul, Korea, Jini immigrated to the US with her family at the age of 10, and lived all over the state of California, starting from San Jose and trailing down southward (San Jose, Irvine, then San Diego. Next is… Mexico?). When she is not planning for a Korean cultural event at Korea Daily, or running the youth film program at the Pacific Arts Movement, she’s often seen practicing her french “rrr”s and nibbling on dduk (rice cake) while editing the next podcast and Facebooking… all at the same time.

Cheryl Dawley – Cheryl Dawley holds degrees in Chemistry and Psychology, but is working in neither of those fields. She’s been employed in Research Science, Chemical Hygiene, Office Management, Software QA, and Media, and considers herself a Jack-Of-All-Trades. Her current television and musical tastes do not seem to include much in the English language except for the odd loan word or catch phrase. Writing about Korean music and drama is her passion. Eating Korean food is a moral imperative.

Misha Smith – Misha is an artist, self-proclaimed nerd, music geek, and lifelong San Diego native. She is most recognized as the leader and founder of the San Diego K-Pop Flash Mob (SDKFM). The group was started with Catherine Spence in August 2011 to bring together local Korean pop culture fans and dance enthusiasts. Spreading the love of K-Pop through performance is at the forefront of their goals.

Favorite Korean word –  희한 = “rare” or “bizarre” “I’m a huge fan of things that are unconventional.”

Ciarra Rossmann – ‘Strangest of the strange’ is what some of her friends might say about her. Living in San Diego her whole life, she has the itch to grab any chance that gets her away from anything in English or that has to do with being American. She is often found with her earbuds plugged into her head and nodding along to whatever is playing. She studies Chinese and aspires to be a teacher somewhere that isn’t on this continent.

Hae In Lee – Hae In Lee, a 23 year old Korean girl, came to San Diego just two months ago to study English. She loves the sunshine, beaches, and the laid-back mood of San Diego. She has a double major; one in Adolescence Science and the other in Theater Production. She met a lot of teenagers in her four years of taking those classes, has participated in many theaters as Assistant Director, and is the leader of marketing and publicity. Her dream is to become a theater producer that makes plays about adolescence.

Favorite Korean Word – 반짝반짝 (“ban-jjak ban-jjak”) = “sparkly” “Since I was a kid, I always wanted to be a person who shines like a star, and ‘반짝반짝’ is the adjective for shiny things.”

Gary Routh – Gary, husband to wife and father to two, works as an engineer at SPAWAR Systems Center. He started learning Korean when he was in the army, and continues now as a hobby.  He enjoys learning more about the culture and language . He has many favorite Korean words and is not afraid to tell us.

Favorite Korean Words – “My favorite Korean word is 몫몫이 just because it is so weird.  It means ‘a share/ portion’.  I found it once while browsing through the dictionary. I had never seen anything like it, the weird way that the letter are clustered together. My other favorite Korean word is 듕귁 which is an old fashioned spelling of 중국 (China). And finally, a recent favorite is 담바귀 which is how they say ‘담배’ (cigarette) in the 함경북도 region of North Korea.  It’s just fun to say 담바귀.  It’s cute.”

Dani Druther – Dani began her Hangul journey as a language student at the Korean American Culture & Education Center. She shares her love for the culture interning for Korean Daily as KKonnect’s resident music columnist Bibimbeats. An Art History major at Mesa College, Dani hopes to finish her degree at UCSD with an emphasis in East Asia. Currently you can find her popping up around San Diego with the rest of the KKonnect crew, helping spread the word that Korean culture is seriously 대박 (“dae-bak” – super cool!)

Simeon Rodgers – Simeon is a lover of learning and a student of life. He loves learning about different cultures, their language, and their histories. In his free time, he tutors ESL students and has been known to visit the karaoke stage quite often. Simeon currently studies Korean and plans to teach English in Korea soon.

Favorite Korean word – “화장실 because it flows off the tongue.”

Byung Taek Lee – Byung Taek is from Korea. He loves to study English, and also wants to learn more about America and American culture. His English is far from perfect, but he is eager to learn it. In addition, he is super outgoing and extremely open-minded. If you have any questions about Korea or Korean culture, he always welcomes them.

Fateh Khan – Hailing from the Great Pacific Northwest, Fateh is the most electrifying, galvanizing, Pepero-eating, shikhye-drinking, Korean grocery shopping , curry-powered son-of-a-gun writing for KKonnect.  Fateh is an engineer by day, dreamer by night, and cultural sojourner on weekends. He will be providing his unique commentary on all things Korean.