How to have a REALLY good time at the Hollywood Bowl

The show opened with the sound of beating drums. Traditional Korean costumes. Dozens of performers coordinated to beat as one. An excellent beginning.

The signal event of the year for Korean music lovers in Southern California, the Korea Times Music Festival celebrated its 11th annual event on Saturday, April 27th. And what a glorious time it was. Alas, no soju or makkoli to be found in the well provisioned concession stands, but a halfway decent beer and wine selection was available for those inclined. It was, after all, a day-long adventure in the California sunshine. With an impressive line-up spanning many genres of 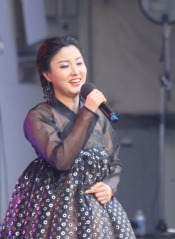 music, the 4 hour concert was a celebration of Korean talent and spirit.

Outstanding performances were the order of the day. Do you like traditional Korean music? Oh Jung Hae’s voice was like that of an angel and she’s quite photogenic as well. The rockers in the audience (who me???) had a double treat with both YB and Guckkasten dominating the stage with their bold vocals and crazy guitars. BMK represented vocal blues with her powerful, soulful contralto voice.

Older pop and trot fans cheered and clapped their 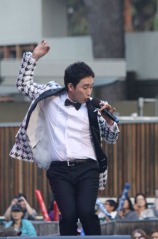 Once again, however, Kpop seemed to rule supreme, given audience reaction, as the bands Blush, Jewelry, Ze:A, rookie group BtoB and the ever popular Beast took to the stage.

The international girl-group “Blush” was the first KPop group to hit the stage, early in the evening, with a breakout performance that had everyone on their feet. Singing “All Stars” and “Miss Out”, to name a few, they kept the audience dancing.

brought their subgroup, Ze:A5, and proved that 5 were plenty to keep everyone hopping in rhythm to their beat. The charismatic young men gave a memorable performance that left the crowd cheering for more.

BtoB charmed the audience, announcing that this stage was special to them as it was their 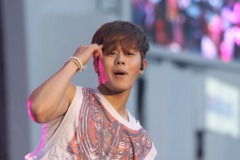 first performance in America. Having debuted only this year, the band was wildy anticipated by many concert-goers. They were not disappointed.

Jewelry was on their game as well, offerring a kinetic performance of their favorites. A 4-member girl group has been performing in Korea since 2001, they performed with panache and had the audience dancing with them throughout their act. 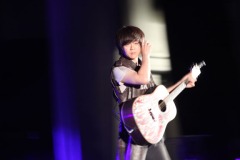 stage and was the main attraction of the evening. Their closing song, “Beautiful Night” had the audience screaming out the lyrics and was the perfect song to end a wonderful evening.

Kudos to the MCs, HaHa and Cindy Shin.  A wonderful time was had by all. Thank you Korea Times, for hosting this wonderful event. 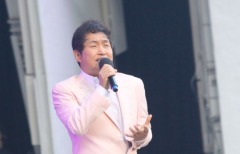 Enjoy a few photos. (Zoom lens helps. Note to self: buy a back up battery for the next all day event. The dang camera died before HaHa, Jewelry and Beast hit the stage. I was relegated to my iPod camera. Sigh.) 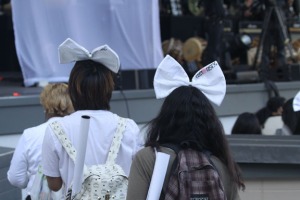 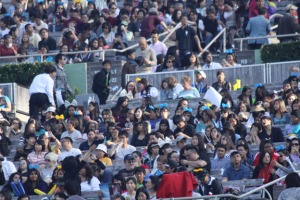 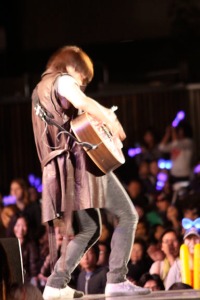 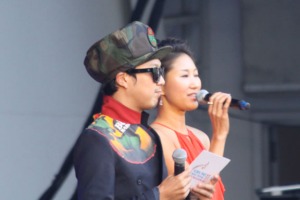 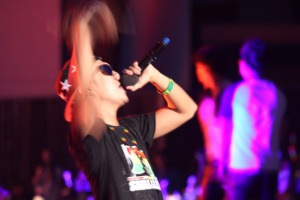 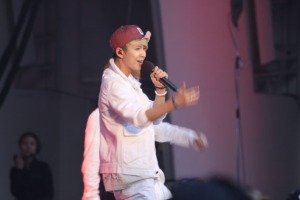 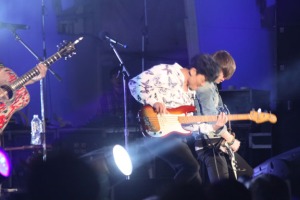