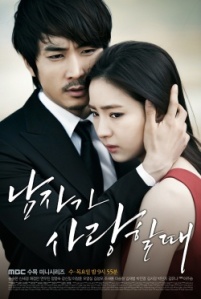 I fell in love with this drama when Han Tae Sang hit the internet for serious dating help. With no experience of his own, he was seeking advice the best way he knew. With the naiveté of a young teen he takes advice from all sources and self-consciously attempts to put into practice what it takes to woo a woman. For a rough-around-the edges former loan shark enforcer, it’s pure charm.

Yet it’s also dark, sexy, full of tension and angst.

Honest and uncomplicated in love, Han Tae Sang is a character that brings something new to the table when it comes to Korean dramas. He does not play the usual games or follow the standard formalities because he simply does not know how. It’s a refreshingly delicious combination that excites and confuses the heroine of the story. The charming and adorable way that he attempts to court Seo Mi Do, the young woman he once terrorized, draws the empathy of the viewer as he obsessively bumbles around creating a romance.

Yet the dark past that was forced upon him as a young man remains as a stain that colors the way he handles potential loss – be it business or love. And that same dark past makes it difficult for the woman he pursues to completely trust him, especially when suspicious incidents inspire distrust. Her past is colored with the shame of poverty, the memory of injustice, inexplicable mercy, and unwanted financial support from the man who humiliated her father. And now that same man is pursuing her as a man pursues a woman.

Enter the sweet, young Lee Jae Hee, raised by his brother, educated by Han Tae Sang, and who fatefully runs across Mi Do in Guam and falls in love with her. Her attraction for the young, earnest, fun-loving Jae Hee threatens to complicate a life that is finally settling into something resembling a secure and settled, if not entirely satisfactory, existence.

Looking back, the storyline itself was not the main focus of the drama. The extremely interesting cast of characters and their development throughout the drama provided the focus and charisma. Indeed, there were parts of the script that seemed a little sensationalized and not necessarily true to the characters. In order to pull off this sort of production, extra care had to go into casting and I believe some excellent choices were made. 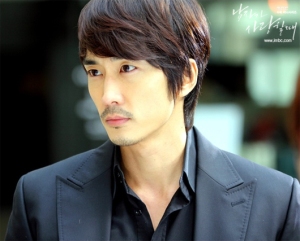 Song Seung Hun (“Dr. Jin”, “Autumn in My Heart”, “Summer Scent”) was cast in the difficult role of Han Tae Sang. As a gangster manager he was rough and tough, but still had the integrity to instill complete loyalty in his friends and subordinates, much to the dismay of his mobster boss. His ability to empathize with Seo Mi Do’s strength was the beginning of a journey towards love for the first time in his tragic life. The ability to show such strength and determination in one scene and be so completely, emotionally vulnerable in another was stirring. 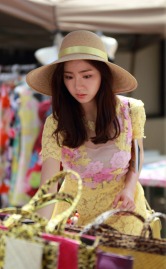 The fickleness and coldness of Seo Mi Do’s character made her a difficult one with which to empathize. However, the ‘cold fish’ aspect of her character is one of the defining features that made her uniquely compatible with Han Tae Sang’s stoic personna. Shin Se Kyung (“Fashion King”, “Deep-Rooted Tree”) was intriguingly enigmatic throughout the drama. Unlike so many of today’s heroines whose motives are easy to parse and who emotions are displayed for everyone to see, the character of Mi Do kept her thoughts and feelings a little closer to the vest, partly because she was growing and changing, but also because her character maintained an uncertainty of purpose and will throughout. This sense of indecision was something that did not have to be spoken, but was conveyed through the script and acting. I know that this style of acting is not going to be everyone’s “cup o’ tea”, but an overdramatic portrayal of the Mi Do character by a more expressive actress would have, I feel, ruined the ambiance of the drama.

Yeon Woo Jin (“Arang and the Magistrate”, “Cinderella’s Sister”) was Lee Jae Hee, Lee Chang Hee’s ‘dongsaeng’ (little brother), and Han Tae Sang’s employee. Chang Hee and Tae Sang were best friends, so to accidentally fall in love with his boss’s girlfriend, (the man who also put him through school) was a tragedy indeed. Yeon Woo Jin’s manner of portraying the sweet, honest yet recklessly in love Jae Hee was definitely entertaining and in some places rather spicy. His character grew and changed into something darker as the competition for Mi Do’s affections intensified.

Kim Sung Oh (“Man Of Honor”, “Midas”, “Secret Garden” and countless others!) was Chang Hee, Jae Hee’s brother, Tae Sang’s friend and right-hand man. When I first looked up this drama on koreandrama.org I admit to being more than a little disappointed when I saw Kim Sung Oh listed in yet another minor “cameo” role. I was gratified to find that the site was wrong! This is not a cameo role! Sung Oh-씨, I am indignant on your

behalf! This was a fantastic role and I was thrilled to finally see Kim Sung Oh in a major part. OK, he was still type-cast as a thug, but at least he was a caring, empathetic man with the scruples to care unceasingly for his younger brother, and to always do the right thing when it came to friends. It must have been an interesting challenge to play an ‘enforcer’ who ‘mother-hens’ his baby brother and is caretaker and moral compass for the other guys as well. Additionally, his role was one of the main sources of character inconsistancies in the script. Despite the discrepancies, Kim Sung Oh created a much-loved and credible character. 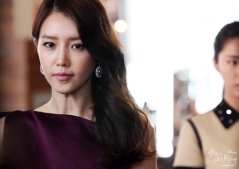 Baek Sung Joo was the head mobster’s woman who actually loved Han Tae Sang. (This, also, did not endear Han Tae Sang to the head mobster…) Chae Jung Ahn played a character who single-mindedly pursued – nay stalked – Tae Sang throughout the entire drama. As one of the ‘villains’, she went too far in her pursuit of Tae Sang, but in some ways it was difficult not to empathize with her. The character was predictable and one-dimensional, but necessary to the story. 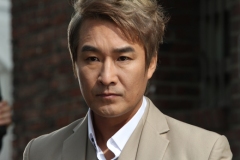 An interesting person orbiting around the main characters was Goo Yong Gap, right-hand-man to the head mobster, and the man who had a long-standing one-sided love for Baek Sung Joo. Also a ‘bad guy’, his personality changed little throughout the drama, although his character brought in many a plot twist. This was the villain that everyone wanted to hate and Lee Chang Hoon did a superior job in provoking that ire.

Part of the drama was filmed on location in Guam. The scenes were lovely and photography was fun. Costuming was nice. Using the cinematography to play up the ‘classic movie’ melodrama feel that the musical scoring lent to the ambiance would have been an interesting touch. There were a few recurring themes/props that were especially touching: the blackboard – used to express what cannot be said in words, the bean-sprout soup – used to express comfort and remembering.

The violin-laced music had a texture that sometimes gave the drama a feel similar to classic romantic movies from the 40’s. There was definitely a quality to it that was unique with respect to current dramas. Then the mood would shift to a funky 60’s beat. The background melodies were indeed moving. The vocal music was also first-rate:

A stronger, more consistent storyline was really all this drama needed to created a truly masterful piece of dramatic work. Since character development was accomplished so nicely, the story is still worth following and the characters are ones in which you will want to invest. I think an appreciation for subtlety is key in recognizing the value of this drama. Because it does not follow the same ‘formulae’ as many Korean dramas, I predict a somewhat less than stellar popularity rating for this drama. I, on the other hand, appreciate the elusiveness and restraint used in the acting and filming of this drama. Perhaps you will, too? 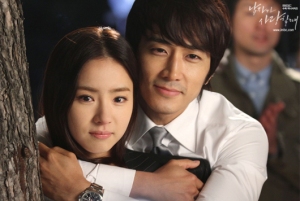