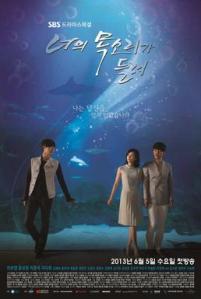 (Even the one in your head!)

I had to remind myself a number of times that this was, in fact, a fantasy drama (as a genre, I mean!) I think that as an audience we are so used to ‘reading the character’s mind’ that Soo-ha’s ability did not always appear very strange, until it was pointed out, that is. 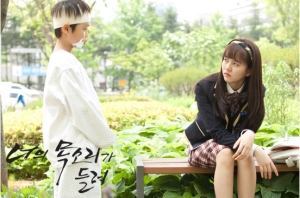 The story begins with a brutal murder witnessed by the son of the victim. As the murderer attempts to eliminate the young witness he realizes he is being watched by a young girl and gives chase. The girl risks her life, becoming the key witness needed to put the criminal behind bars. She also becomes a hero and life-long first love to the young boy, Park Soo-ha, now injured, orphaned and alone but mysteriously left with the ability to read other peoples thoughts.

The girl, Jang Hye-sung, disillusioned by adults she had trusted in her childhood, grows up to be a feisty, but jaded defense attorney. She and Cha Kwan-woo, an idealistic and dedicated young policeman-turned-lawyer join the public defender’s office together and in their own unique and entirely contradictory ways manage to defend suspects who have little chance of a positive outcome in the courtroom.

I Hear Your Voice was a drama that captured attention from episode 1 and continued to keep the excitement building throughout. The series combined a great main storyline with well tied-in side stories that were expertly developed to build not only interest, but also enhance the content of the main story. The writer kept the intrigue factor cranked to the maximum setting. As one subplot wound down, another ramped up quickly to fill the gap. I liked the fact that the fantasy element, Soo-ha’s mind-reading ability, was not such an important aspect to the drama that it overshadowed everything else. In fact, even without the extrasensory perception element, the story would have been engaging. 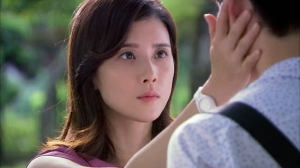 Lee Bo-young (Equator Man, Athena: Goddess of Love) was a good choice for the somewhat cynical, yet morally upright and gutsy lawyer, Jang Hye-sung. The role was a studied contrast in world-weary resignation and angry indignation. Her emotional struggle with her feelings for Park Soo-ha parallel her worldly struggles: take the safe, easy, socially proscribed path represented by Lawyer Cha Kwan-soo, or succumb to the risky love – the younger man with a questionable past who tugs at her heart.

Lee Jong-suk (School 2013, Secret Garden) is fast becoming Korea’s latest and greatest ‘noona-killer’. With his endearing pouty smile and adorable facial antics, the ladies are dropping like flies. As Park Soo-ha, Lee Jong-suk was ideal as the younger leading man. His understated acting style was well suited to this role as a man haunted by voices no one but he can hear, the studious, quiet fellow searching for the ‘noona’ who saved him. He does ‘angst’ well. He does ‘silly’ especially well since it seems to appear out of nowhere in the usually reserved Soo-ha. And oh man, can he do flippin’ out crazy. 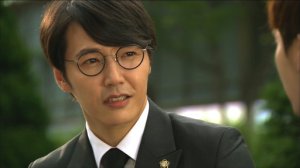 A character that started off strong and faded as the drama progressed was the lawyer Cha Kwan-woo. The role was brought to life, quite appealingly, by Yoon Sang-hyun (Secret Garden, Take Care of the Young Lady). His part not only provided the secondary love interest (yes, the “Ji-hoo Role”), but his somewhat naïve personality was also a critical foil to the sardonic antics of lawyer Jang. As the drama progressed and the Park Soo-ha character began to take front seat in the romance category, lawyer Cha faded almost to oblivion. Indeed, it wasn’t until the final wrap-up episodes that he finally regained significant airtime. 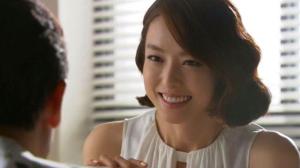 Lee Da-hee (Birdie Buddy, Myung Wol the Spy) was Prosecutor Seo Do-yeon, the no-nonsense long-ago ‘frenemy’ of Jang Hye-sung. The sometimes antagonistic, sometimes empathetic relationship between the two women was an unusual and intriguing variation from the garden-variety friendships so common in dramas. The character of Seo Do-yeon could have easily been brushed off as an irritant, but instead, Lee Da-hee’s portrayal humanized the prickly woman. 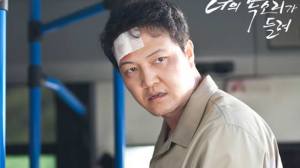 There were two interesting villains with wonderful parallels between them (delightfully illustrated in the final episode, I might add.) Min Joon-gook (Jung Woong-In) and Judge Seo Dae-seok (Jung Dong-hwan) were both men who could not admit fault in their actions. The judge, also Seo Do-yeon’s father, caused a man to be falsely imprisoned for a quarter century and felt no guilt. The other spent his life murdering those he held responsible for injustices in his life. Jung Dong-hwan, by the way, showed his acting prowess as an amazing crazed madman killer. His transformation into a charismatic gentle man that people trusted was chilling. 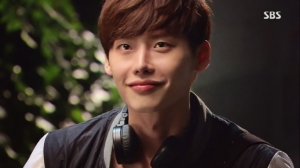 The filming supported the story without distraction except for a minor irritant that caught my attention: whenever Soo-ha was reading Hye-sung’s mind, the cameras froze – all action stopped while the sound (and subtitles, in my case) rolled by. It felt unnatural and was disruptive to the flow. Aside from that issue, lighting and sound were well synced to the mood of the scene.

Love this song! “Why Did You Just Come Now?” Jung Yeop

“The Days We Were Happy” Na-rae

I learned many interesting tidbits about the legal system in Korea. Juries don’t have the final say-so – a judge’s opinion can outweigh what a jury decides. The rules regarding what prosecutors and defense attorneys share with one another seems not nearly as strict or tight as in the American judicial system. There are also many, many similarities with our own legal system.

Overall, the script was nicely paced and the action kept viewers interested. Originally scheduled to be 16 episodes, another 2 were added due to the popularity of the drama. The final episodes show some signs of stretching – more flashbacks than usual, extra time tying up loose ends that might normally have ended up on the cutting room floor, etc. That’s not to say those final episode are not worth viewing. They are. The endings seemed appropriate for most characters creating a sense of satisfaction and conclusion. 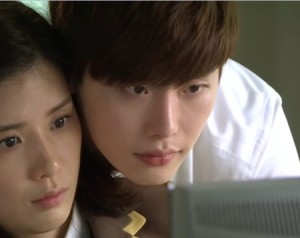