Lets return to 2011. There were several really great dramas that year including Tree with Deep Roots, 49 Days, Dream High, The Princess’ Man and Heartstrings – all of which are review- 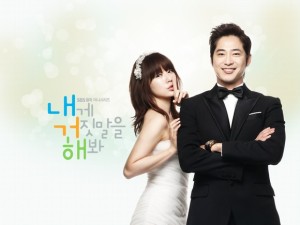 worthy, by the way. While listening to some exceptionally epic ballads issuing from my iPod, I was reminded of (and had to watch yet again) another 2011 favorite: “Lie to Me” with Kang Ji Hwan and Yoon Eun Hye.

Who wants to be forever under the foot of the woman who stole (and married!) your first love? Intolerable taunts lead our heroine to tell a little white lie (“I’m married”); the gargantuan snowball that lands on her head as a result provides episodes loaded with comedy and romance galore.

Enter a demanding, handsome chaebol bachelor whose orderly life is suddenly disrupted by the hardworking but free—spirited, somewhat scattered Yoon Eun Hye. Following obediently along the proscribed path set before him, his life is suddenly turned upside down and inside out by rumors of a “secret” marriage to an unknown civil servant. Mix in an ex-fiancé and a runaway brother and the possibilities for confusion and trouble are endless. 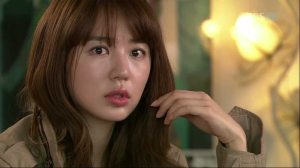 The role is perfect for Yoon Eun Hye who is delightful as a sweet, scattered, lovable Gong Ah Jung. The role fits her acting style perfectly. 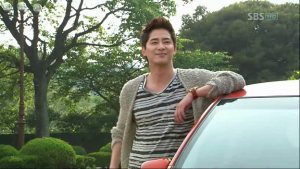 Kang Ji Hwan as the cool, dispassionate, turned passionate, Hyun Ki Joon was also a perfect choice. Kudos to the couple for passionately convincing embraces and smooches. (Not your standard fare in K-dramas to be sure! LOL)

Sung Joon (fabulous in Shut Up Flower Boy Band) was a credible, lovable and oh so pitiful Hyun Sang Hee. Excellent performances were put in by a number of veteran actors and actresses. The script held a few interesting surprises in what could have been a relatively predictable storyline. Especially gratifying was the evolving relationship between archrivals Gong Ah Jung and Yoo So Ran. Too often, ex-friendships remain one dimensional and static, but the storyline between these two women remained a compelling feature of the drama.

Drama Cliches: Taking care of him when he’s sick, carrying her piggyback, requisite hospital scene, a second male lead who won’t get the girl (sigh), running into each others arms on the beach. Let’s not forget really dumb mistakes that lead to obvious misunderstandings. (The jewelry box near the end.)

The drama has some great scenery, filming on Jeju Island as well as Seoul proper. As in many SBS dramas, the SBS building was used as the business office building, having failed to mask the sign in at least one scene where Ki Joon is racing into the building. There were places minor sound distractions were not masked well. Minor issues to be sure.

Unbelievably sweet ballads prevail throughout drama. As I said previously, said ballads on my iPod provoked a second viewing of this drama! My personal favorite is “Walking on a Cloud” performed by Cho Kyo Chan. Sadly, nothing is available for purchase on iTunes, but the following tracks can be found online if you’d like to listen to them: “Shameless Lie” (4 Minute’s Heo Ga Yoon), “If This Night Passes” (SS501’s Kim Hyung Jun), “I Belong to You” (MBLAQ), “You are my Love” (Kim Yeon Woo), and “Are You Still Waiting” (Hee Young). Here’s a fan-made teaser set to my favorite music:

One of the best features of this drama is not so much the storyline, as the characters themselves. The evolution of each person was a drama in and of itself. Too often, characters evolve, if at all, in predictable ways, but in “Lie To Me”, personalities grew and changed in a somewhat realistic fashion.

I’m thinking twice is probably not going to be my lifetime viewing limit on this drama.  If you haven’t seen it at least once, it’s worth a try – at the very least for the music! (If not for the PDA… :-p) 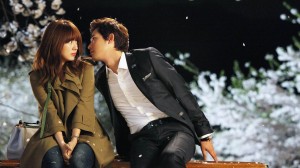