Excitement builds. The countdown is concluding. Sunday, March 10th, I will meet Lee Min Ho, up close and in person. The car is gassed up. My wardrobe is selected. Cameras and phone are charged. Extra memory cards ready to go. Voice recorder in my purse. The final installment of the ‘Countdown’ will now commence.

Following the fine tradition of saving the best for last, we end this Lee Min Ho series with “Faith” also known as “The Great Doctor”, Lee Min Ho’s latest and greatest drama, and for him, yet another genre conquered. This time we have a historical drama, or perhaps we should call it historical fantasy drama? Here’s a trailer for the series:

Set in both the Goreyo period and the present day, ‘Faith’ is primarily a historical drama with a fantasy twist. Lee Min Ho stars as Choi Young, general of the king’s personal elite Woodalchi army. He is sent forward in time 700 years to find a ‘divine doctor’ to save the dying Yuan Princess (Park Se Young). Thinking he’s been sent to ‘heaven’, he retrieves plastic surgeon Yoo Eun Soo (Kim Hee Sun) bringing her back in time to save the princess and promising on his honor as a Warrior of Goreyo that he will return her to heaven.

Of course, things never go quite as planned.

A heavenly person is, of course, a far too valuable pawn to a newly crowned king. Securing his power in a country dominated by the Yuan dynasty in China, and threatened by other royalty in the family tree becomes the background plot upon which the drama is set. The story evolves as the king struggles to find (and keep) his place, the doctor struggles to return to her own time while falling for the charismatic Choi Young, and Choi Young struggles to not fall for the person he is honor bound to return.

The script is very well written, with few slow-moving moments, excellent characters (and character development), a nicely flowing plot line and a conclusion that made a satisfying, consistent and logical culmination to the story. Especially impressive was the continuity found throughout the drama. Many dramas begin storylines and metaphorical themes and then either lose track of them or drop them altogether. A perfect example is Choi Young’s figurative dream lake, used through the drama to steal a look into the man’s inner struggles and state of mind. 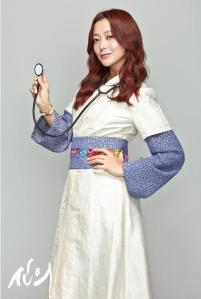 I also found it refreshing that more than one major nemesis was introduced during the series. Threatening characters abound, so the source of menace shifts throughout as the drama while continuing to build on the dastardly devils already in play. Again, there was no loss of continuity, and the flow, to and fro, from one evil opponent to the next felt authentic and natural.

The mixture of fantasy elements was surprisingly well done, given the high level of supernatural elements added to the storyline: magical abilities, time-travel, etc.

The is one drama where I cannot really think of a single actor or actress that ‘dragged down’ the show. The acting was superb. Lee Min Ho gave a superior performance as the understated hero, Choi Young. Kim Hee Sun, as Doctor Yoo Eun Soo did a remarkable job of evolving from a hilariously irritating, 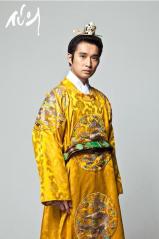 shallow, scared plastic surgeon to a brave(r), compassionate, and introspective woman. Her effusive personality was the perfect foil for Choi Young’s stoic character.  The chemistry between these two kept viewers drawn in throughout the drama.

The development of the characters of the king and queen was also extremely well done. The parts were played by Ryu Duk Hwan as King Gong Min and Park Se Young as Princess Nogook. Again, wonderful chemistry contributed to the beautiful love story between these two.

Amongst the good guys, a special shout out to Lee Philip as Doctor Jang Bin, the royal Goreyo doctor, and friend to Eun Soo. Lee Philip always seems to do a great job, but this was a particularly good role for him and Doctor Jang was one of the best characters in the drama. Word has it the story was changed when he incurred an injury to his eyes demanding eye surgery and his withdrawal from show. Sadly, his character was withdrawn from the last few episodes. Kim Mi Kyung is one of my favorite veteran actresses and she once again shows her inimitable style as Court lady Choi. I can only imagine she must have enjoyed this role – the first I’ve seen her employing swordplay!

wouldn’t have them?) was flawlessly evil while creating retaining characteristics that humanized him. His magical cohorts put in excellent performances as well: Sung Hoon as Cheon Eum Ja, the mystical flute player (who looks pretty darn good with gray-white hair, by the way) and Shin Eun Jung as Hwa Soo In, sexy fire-lady supreme. I could go on, and on, but suffice to say, there were many, many excellent performances and many well-crafted multidimensional characters! If I waxed poetic about every character I loved, this review would go on forever.

Great stunt fighting. Cool, magical special effects. Gorgeous settings and stunning scenery. Fabulous costuming. Music meticulously cued in to the scene and action. A beautiful musical score was created for the drama. As stated above, the fantasy elements were incorporated seamlessly. Although I read there were budget cuts during the filming of this drama, they are not evident in the cinematography.

Although I tend to focus on the vocal pieces featured in dramas, the instrumental pieces accompanying them are often excellent as well. The musical scoring for ‘Faith’ was really well done. The vocal pieces, while not in my all time “Top 40 Hit List” are also nice.

”Because My Steps Are Slow” Shin Yong Jae (4MEN) http://www.youtube.com/watch?v=B9Y4xw-F64A

”Because It’s You” One Piece  http://www.youtube.com/watch?v=0qJw-5dXcSE

There are so many emotionally draining scenes. If you need cathartic release, you’ll definitely find it here. With so many good characters to follow and so many great storylines that mesh surprisingly well without getting messy or tangled, the overall charisma for this drama is very good. This is not a series that tires you out or is difficult to follow. The chemistry is so good between all of the actors that everything seemed to gel.

Overall, “Faith” is definitely my favorite of Lee Min Ho’s dramas to date and, I feel, his best effort in dramatic performance. It has action, fantasy, drama, romance, and mystery. It has me thinking like a kid again – what superhero powers do I wish I had? 😉