You are never too old to fall head over heels in love….

A Gentleman’s Dignity tells the story of four males who have been best friends ever since they were in high school and are now facing the scary landmark of turning forty. Through the hardships of college, starting their individual careers, and their endless love lives and scandals, these four guys have been through it all together, never forgetting to enjoy the fun moments. They are determined to continue their fun playboy lives, but now that they are turning into “adults”, continue this task with a little bit of….a gentleman’s dignity.

And in comes the ladies; schoolteacher Seo Yi Seo, golf pro Hong Se Ra, wealthy Park Min Sook and the overly energetic Im Maeri. These four women enter the men’s lives and flip them upside down as they all learn that even as adults they can still face heartbreak, experience crushes, and fall madly in love as they did in their 20’s.

Our first couple (and our main characters as well) are Kim Do Jin (Jang Dong Gun) and Seo Yi Soo (Kim Ha Neul). Kim Do Jin is our typical male lead who has a prickly personality but good looks to back it up. He works hard as an architect with his co-owner and best friend Im Tae San, and overall has a good work ethic when it comes to keeping professional while extending his creative mind into all the projects he accomplishes. While this character was stereotypical, he did however manage to bring some new elements to the scene. His immense love for his car, dubbed “Betty” and his meticulous obsession with recording everything in his life brought a humorous light to this comedic drama, and made one love his character even with all of his ridiculous behavior.

Seo Yi Soo is our female lead and ethic’s teacher for an all boy high school. She is professional as well, but still has a cheerful energy that she brings out in her teaching making her loved by all the boys (though it might also have to do with attractive looks that the boys like as well). She also works as a part time umpire, which is how she meets and bonds with some of the male leads, through their shared love of baseball. Seo Yi Soo is unique in the sense that she has a maturity when it comes to love. She has loved and been heartbroken enough to know when to keep her feelings a secret and when to say what’s on her mind. Through her unrequited love with Im Tae San, her roommate’s boyfriend, she teaches the playboy Kim Do Jin how to go back when love was innocent and pure, and the power it has to change someone completely. 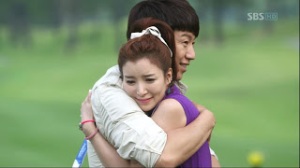 Our second couple consists of Im Tae San (Kim Soo Ro) and Hong Se Ra (Yoon Se Ah). Im Tae San is a hard-working guy, who between the four of the “gentlemen” is the most ready to settle down (the wife, the kids, and the white-picketed fence). He is as strong as a mountain, but soft as a teddy bear on the inside. Hong Se Ra has been his steady girlfriend for a year and also the roommate and friend of Seo Yi Soo. Hong Se Ra is quite independent and knows exactly what she wants in her life and in her men (mainly that both must be full of riches to keep her satisfied). This strong hearted pro-golfer plays a dynamic role that will get viewers to either love her or hate her. 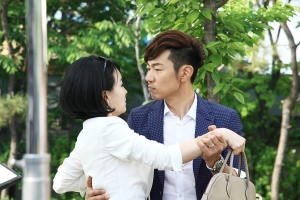 Our third couple has the shameless Lee Jong Ruk (Lee Jong Hyuk) and the cold Park Min Sook (Kim Jung Nam). Lee Jong Ruk is the most committed, as being the only one of the four guys who is actually married, but yet is the least faithful to his other half. I lost count of how many times he took of his wedding ring, hid it in his pocket and laid on a corny pick-up line to a young, pretty girl. Yet, despite his frustrating antics, his funny and smooth-talking personality allowed everyone, even the viewers to forgive his wandering eyes.

Park Min Sook is an older, wealthier lady that married the young, playboy Lee Jong Ruk. Raised in the upper class, Park Min Sook holds a sense of elegance and dignity that keeps her image as one of the wealthiest businesswomen in her time. However, like any woman, she wants to feel loved and when she doesn’t receive it enough from her husband, she turns cold and unyielding in her attempts to discover hard-core proof of her husband’s infidelity.

And last but not least, the “forbidden love” couple, Choi Yoon (Kim Min Jong) and Im Maeri (Yoon Ji Yin). Choi Yoon is the successful lawyer, and rightfully placed the “smartest” of the group. He is calm and reasonable, and between the four, the last one to let go of his common sense to go with their childish habits. Due to his sorrowful past, he stays the must guarded, and refuses to let go of the past.

Im Maeri is the youngest of the girl, and the baby sister Im Tae San. She always held the position of “little sister” to the four boys until she comes back from studying abroad as a full grown woman. Hiding from no one her undying love for Choi Yoon, she continues to stay by his side even though he pushes her away for being 17 years younger than him. Despite her annoying habit to cling and cry every time Choi Yoon hastily sends her away, her pure and innocent one-sided made it impossible not to want to be on her side.

–Love: As most Korean dramas center on love, so did this one as well. With the many different types of characters and situations, this drama varied in the types of love they depicted. With the main couple (Kim Do Jin and Seo Yi Soo), since have been experienced in love, they focus on their first loves as well as the unrequited love that they have towards other people. Im Tae San and Hong Se Ra have a strong love that is being put to the test on whether or not a couple can simply survive on love, Lee Jong Ruk and Park Min Sook are trying to save a dying love, and Choi Yoon and Im Maeri face a love that shouldn’t be.

–Dignity/Pride: Both the males and females encounter problems where their default strategy is to let their pride take over their emotions. In several situations, in order to save face they pretend like other actions don’t affect them instead of being honest with one another. But there is a difference between having dignity in a situation and being overly prideful.

One of Kim Do Jin’s best lines in which he makes another courting attempt towards Seo Yi Soo. The Pink heels he gifts her are not just a present but a sign he places in her hand. If she does come to him, then she has received his love and returns it.

–Not Answering The Cell Phones:

“There are only two reasons why a woman doesn’t pick up her phone. She either likes him too much or hates him too much.” – Se Ah.

Im Tae San and Hong Se Ra constantly fight throughout the drama, which most of it leads to Im Tae San chasing after Hong Se Ra when she doesn’t pick up her cell phone. However, Se Ah has used this simple gesture as her symbolic way of telling Im Tae San to not give up on her, for the day she answers, is the day she really does not want to talk to him again. 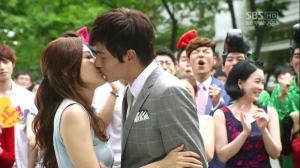 A Gentleman’s Dignity was a complete pleasure to watch. I usually do not watch adult dramas, but this was a change I was glad I made. It was a romantic comedy with plenty of humor, but with enough little “bumps” along the road that kept the drama appeal. The way the prologues intertwined with each episode was just a brilliant decision from the director. Even characters that I did not initially like, I loved by the end of the drama.