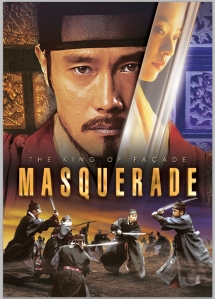 Inspired by the true premise of 15 days that are mysteriously missing from the recorded annals of the Chosun Dynasty, Masquerade has received widespread critical acclaim in the U.S. and broke box office records in Korea, grossing nearly $161.5 million worldwide (including nearly $1 million in the U.S.).