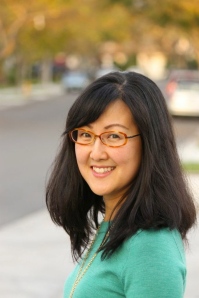 Service Oriented, Long-Time Invested Member in the Community to run in District 6 Race

What does it take to make your average Korean-American mother decide to run for office? OK, well maybe not quite average. Carol Kim is decidedly a cut above.

Carol Kim grew up with a strong sense of needing to give back to her community. Citing her Korean-born father as her ‘moral compass’, Ms. Kim was raised to appreciate the benefits of being raised in America. Her first job was for the Los Angeles Unified School District where she chose to work in an area beleaguered by poverty and attended by kids at risk due to socio-economic hardships. She describes the four years as rewarding.

She met and married her husband, following him to upstate New York where there was a hiring freeze on teachers. Not to be deterred, Ms. Kim branched out into another arena of public service, a non-profit organization dedicated to HIV prevention and service to those infected and affected by the disease. There she assisted a diverse and high risk population. Four years later, in 2006, they returned to the West Coast and moved to San Diego.

Here she is employed by WestEd, a not-for-profit that allowed her to wed her educational and health-oriented experience to develop programs giving youth socio-emotional support in such diverse issues as bullying prevention and career and technical education.

When the last Presidential elections rolled around, Ms. Kim realized that her passion for issues should not be confined to the home or her circle of friends and decided to volunteer. Her energy and enthusiasm quickly moved her into a leadership position for OFA, Organizing For America, a grassroots campign to re-elect President Obama. She organized volunteers during the campaign and was called upon to organize again for the National Day of Service on Martin Luther King, Jr. weekend, spearheading a project that sent personalized cards and letters to troops overseas.

So why run for City Council? Carol Kim cited a number of reasons. She feels it is important to take an active role in civic work rather than sitting back and complaining. There are also few women representing the constituencies although they make up half of the demographic. Through her volunteer work, she also realized that there are almost no Asian Americans participating in the political arena.

Ms. Kim feels that as a long-time member of the community she wants to represent, she understands the needs of the constituents. Her motto, or tag-line, is “Connecting Communities”. Representing areas of Mira Mesa, Kearney Mesa, Miramar, Sorrento Valley and Clairemont Mesa she sees a very diverse set of people with a diverse set of needs. Being a part of the community she is ready to listen to everyone and connect the areas and their needs in an intelligent, thoughtful fashion that makes sense for everyone. Although a member of the Democratic party, she firmly believes that most of the community concerns are non-partisan and should be treated as such.

Carol Kim will be at the Grand Opening celebration of the new Zion Market on Clairemont Mesa Boulevard Saturday, June 29.