LOS ANGELES, CA, November 4, 2015 – KCONUSA’S COM2US MAMA 2015 Sweepstakes has begun. One lucky fan will win two roundtrip tickets to Hong Kong on December 2nd with their accommodation paid for by KCONUSA to attend The 2015 Mnet Asian Music Awards (MAMA), the biggest K-Pop award show of the year. The winner and their guest will fly economy class on Asiana Airlines from the United States to Hong Kong on November 30, 2015 and return to the United States on December 3, 2015. In addition to winning a trip to Hong Kong, the winner and their guest will have the opportunity to see their favorite K-Pop stars.

END_OF_DOCUMENT_TOKEN_TO_BE_REPLACED

Fans and sponsors in each of these cities are gearing up for the biggest concert tour by a Korean artist in five years. Beginning next week, venues across North America will host hip-hop trio Epik High on their first tour on this side of the Pacific in six years. Demand for tickets in some cities have created the need for additional performances, and ecstatic fans living in areas that rarely see Korean artists are proving that the hallyu wave continues to sweep the nation.

END_OF_DOCUMENT_TOKEN_TO_BE_REPLACED

headliners for the two-day community festival that is to be held at the Robert F. Kennedy Community Schools on April 18th and 19th. The headliners will consist of the Food Network’s “The Great Food Truck Race” champions from all three seasons: Grill ‘Em All (Season 1), The Lime Truck (Season 2), and Seoul Sausage Company (Season 3). While all three of the winning trucks hail from Los Angeles, KTOWN Night Market will mark the first time that they will be together in what is expected to be one of the greatest food truck line-ups ever to be assembled in Koreatown. The roster also includes favorites, such as Jogasaki Sushi Burrito, Fluff Ice, CoolHaus, Bowled & Beautiful, East LA Tacos, White Rabbit, India Jones, and Belly Bombz.

Due to its strong ties to Koreatown as well as its signature Korean BBQ flavors, Seoul Sausage Company was selected to be the official curator of KTOWN Night Market’s food truck line-up. Upon receiving an overwhelming response from other food trucks wanting to be a part of the event, KTOWN Night Market and Seoul Sausage are opening up “The Last Truck” contest, where the public will be able to vote in their favorite truck from eight finalists. Voting begins March 24thon the KTOWN Night Market’s Facebook page. Food trucks interested in becoming a finalist can find more information on the contest and the application process at

On February 13th, the Korean-American Federation of Los Angeles (KAFLA) partnered up with broadcasting company KBS America to announce the KBS ‘Open Music (열린음악회)’ K-Pop Festival being held at LA Memorial Colosseum on April 12. The event was created to commemorate the 111th anniversary of Koreans immigrating to North America. It will include various activities and a three-hour K-Pop concert. The concert will be recorded and aired on KBS America two weeks later on April 27th at 5 PM. Fourteen acts will perform in total, and so far, major K-Pop acts 2PM, Shinee, Sistar, CNBlue, Dynamic Duo, Girls’ Day, Kim Taewoo, Sul Woondo, and Song Soohee have all been confirmed. The festival will open its doors at 5 PM, and the concert is scheduled to begin at 5:30 PM. Details on ticket distribution are still in development – though it’s safe to say that with such a hot roster, the 100,000-seat venue will more than likely fill up quickly. Stay tuned for further announcements! Source: Korea Daily

This used to be where the old Zion market was. Pretty well organized and looking all fresh inside actually! They even held an art show as a part of their opening event. Classy. 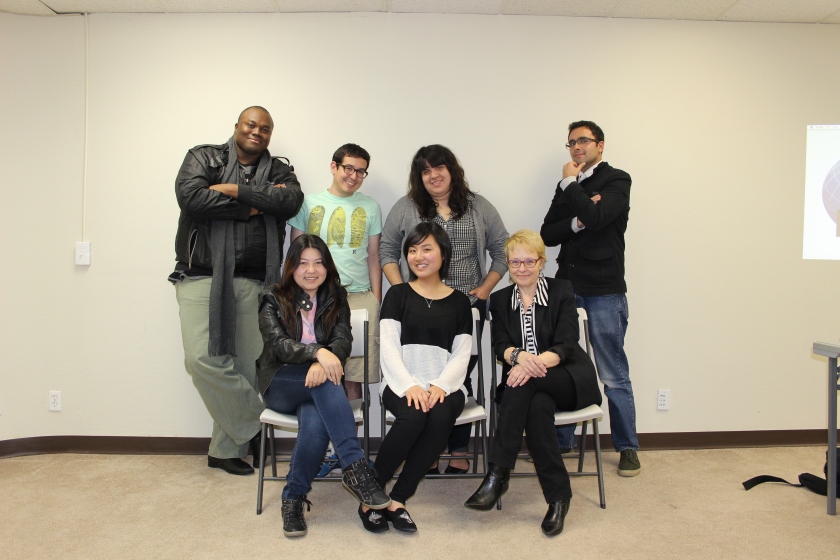 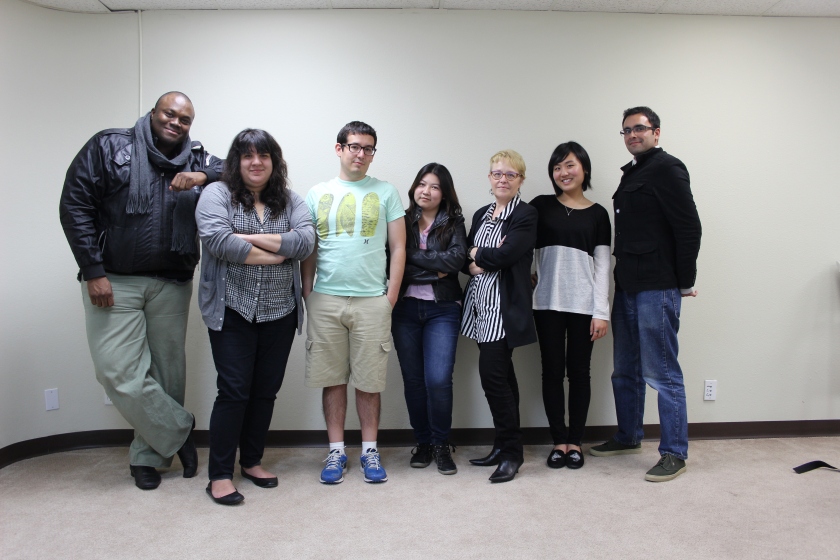 Dumbfoundead (a.k.a. Parker) and Bekah to Highlight English-hosted Live

Broadcast of the Award Show

LOS ANGELES, CA – November, 14 2013 – Mnet America (www.mnetamerica.com), the first and leading national, 24/7 English-language television network in the U.S. for all things Asian cool, has announced that they will be airing the 2013 Mnet Asian Music Awards (MAMA) LIVE from the AsiaWorld-Expo in Hong Kong on its cable network as well as their YouTube channel online (www.youtube.com/mnetamica). Stay-up on November 22 at 1:00 am PST (4:00 am EST) for the chance to witness Asia’s biggest award show unfold live.

Big name international acts including musical legend Stevie Wonder, Icona Pop (“I Love It”) and Ylvis (“What Does the Fox Say”) will bolster a lineup packed with Asia’s biggest stars including 2NE1, BIG BANG, EXO and Crayon Pop.  From the red carpet to the explosive performances Mnet America will ensure North American fans know exactly what is happening as English-language hosts Danny Lim, Hannah Jun, Dumbfoundead (a.k.a. Parker) and Bekah (After School), guide viewers every step of the way.

“A big part of Mnet America’s role as an ambassador of Asian cool here in the States is making sure that American audiences have easier live access to the amazing shows happening in Asia,” said Jae Yoon Choi, Producer and Head of Programming for Mnet America.

MAMA is an eye-popping year end celebration of the biggest stars on the planet.  Taking over Hong Kong for the second year in a row, MAMA 2013 will air in over 93 countries in Asia, Europe, North America, Africa, and Oceania, and celebrated by over 2.4 billion people around the world. In the past, blockbuster performances have included Snoop Dogg and Dr. Dre, Adam Lambert and CL from 2NE1 on stage with the Black Eyed Peas.

Click the image to go to the submission page. Thank you! 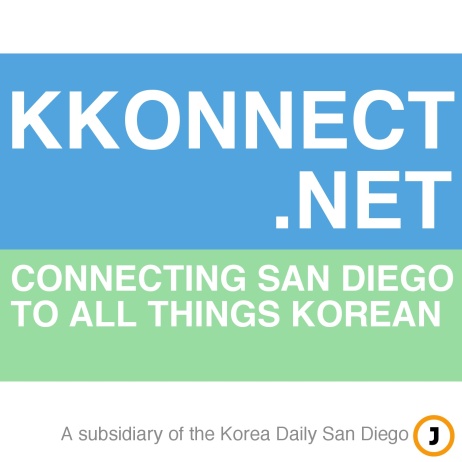 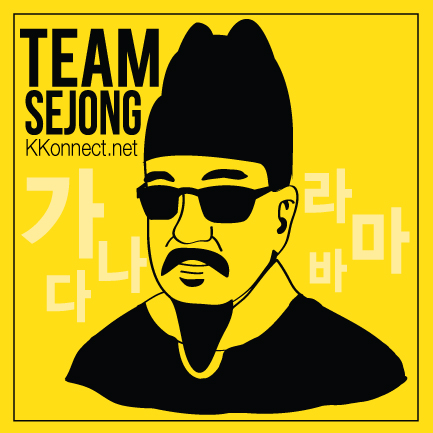 Mnet America, the only national, English-language lifestyle network in the U.S. for fans of Asian pop culture, premieres its newest reality series #mykpop on Tuesday, September 24 at 7:30pm ET/PT. This series showcases the K-pop wave that is spreading worldwide by documenting the lives of nine of the biggest K-pop fans in America as they make the trip to the largest K-pop fan convention in North America – KCON 2013.  At first glance they all might seem very different, but they have one thing in coming – A deep passion for K-pop.

Peer behind the doors of a fast growing niche community and answer questions like: What does a K-pop fan look like? How much do these fans love K-pop? How does K-pop influence their daily lives? What happens when you bring K-pop’s biggest superfans together?