I did not realize what a busy, amazing year 2013 has been until I consulted the all-knowing Excel Spreadsheet and compiled the Contender’s List. Of the 35 dramas that I viewed, am viewing, or in very few cases, abandoned mid-series, just this year, the list was finally narrowed down to the following Top Ten Must-See Dramas for 2013. (A difficult choice, but my editor insisted…)

I Hear Your Voice

The choices were difficult, but listed are the nominees in each category, with the winners highlighted:

It was tough narrowing down this category to just 5 nominees, but the winners were pretty clear. Scandals aside, Park Shi-hoo was positively brilliant in Cheongdam-dong Alice. I sincerely hope he make a comeback soon! Park Shi-hoo화이팅!  Joo Won also put in an amazing performance as the autistic Doctor Park Shi-on (Good Doctor). It was a difficult role played with empathy and credibility. 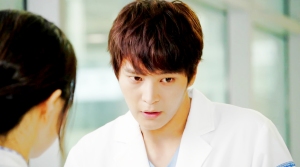 Lee Jong-Suk “I Hear Your Voice”

Park Yoochun “I Miss You” 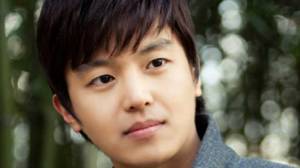 This is another category with more nominees in the original list than I could include. The choice was more difficult here, but I settled on Lee Jae-hee. His character in When a Man Loves was very well-developed and complex.

Lee Jae-hee “When A Man Loves” 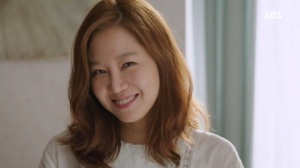 There were many fine performances this year by Korea’s leading actresses, but Gong Hyo-jin stood out with her quirky performance in The Master’s Sun.

Lee Bo-young “I Hear Your Voice”

Secondary actresses typically have pretty one-dimensional characters, but Kim Yu-ri was blessed with an extraordinary role that she made her own. The character was engaging in all it’s iterations and aspects. Bravo!

It’s no surprise that Monstar garnered most of the new actor nominations as the drama sported a cast composed almost entirely of newcomers. The stand-out male was Kang Eui-shik who played “Radio”, an intriguing character. The performance was outstanding, especially the tear-filled solo sung in defiance of his bullies.

There were fewer notables among the new actresses, but those on the list were stellar. Kim Min-young gave a stand-out performance in Monstar. With her incredible voice and acting talent, I’m sure we’ll be seeing more of this fine young woman. 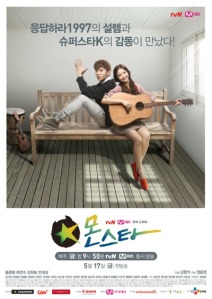 There were really nice OSTs this year and a few songs on my iPod that I admit to listening to repeatedly. While I had a difficult time not choosing I Hear Your Voice, in the end, Monstar had to win out with it’s outstanding mix of creative covers, fun mash-ups and and all-around great music.

“I Hear Your Voice” 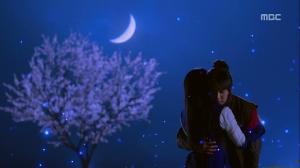 Creativity seemed to be the order of the day this year. With a plethora of fantasy-type dramas, special effects were necessary and were, in general, very well done. Gu Family Book stood out, however, for its sheer beauty.

“I Hear Your Voice”

Looking at the overall charisma of a drama, the acting, the script, the cinematography, the music and the ending (too many were really weak!), the list was slowly whittled down. The one drama that intrigued me from the start and held me to the end, keeping me entertained and captivated by brilliant performances and a great story was Cheongdam-dong Alice. I gave I Hear Your Voice a close second as it, too, was intriguing throughout and was a marvelous feel-good drama. 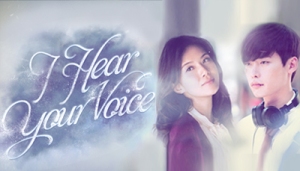 Close Second: “I Hear Your Voice”

2013 has been a good year for Korean dramas, and it’s not over yet. At the time awards were selected, the much-anticipated Heirs, with its all-star cast was still in progress, and Marry Him, If You Dare was shaping up well. Still others have just begun and will bleed into 2014.

Congratulations to this year’s Soju DramaQueen winners. I’m looking forward to another great year with these amazing actors and actresses!