Monarch of Madness? Perhaps Not.

Ambition. Passion. Revenge. The series “Queen of Ambition” wrapped up its final episode with much weeping and nose-blowing, but all plot-lines were neatly tied up and finished. It felt, when all was said and done, that all 24 episodes were needed to fully develop the nefarious tale and all its sordid details. Indeed, each emotionally charged episode left the viewer anxiously anticipating the next installment.

“Queen of Ambition” is the beguiling story of a woman whose ambitions leave a trail of death in her wake. Joo Da Hae spent part of her formative years in an orphanage (where she met her best friend Ha Ryu Oppa); the other part of her childhood was spent fending off the attentions of her pedophilic stepfather. Ha Ryu and Joo Da Hae met again years later as adults and Ha Ryu dedicated his life to making Da Hae’s happy: he worked hard to support her while she studied to get into college. He worked even harder to send her to college. Their common law marriage seemed to be a match made in heaven, if somewhat impoverished, and was blessed with a beautiful daughter they both adored.

The tale turns when a wealthy young man, Baek Do Hoon, falls for her, unaware that she has a family. Stoking Da Hae’s craving for a better life, She dupes her husband into footing the bill for her to follow Do Hoon to the United States to attend graduate school.

The story continues with deceptions and schemes. Half of the cast of characters ran intricate cons, half was seeking brutal revenge. Some were doing both.

The strength of this drama was in the script and acting. The Ambitious Queen, Joo Da Hae, portrayed by Soo Ae, had just enough humanity to make her frighteningly real instead of psychopathic. At issue was the audience’s ability to empathize, however reluctantly, with the emotions that drove this woman to the lengths she went. She was almost never completely without empathy or remorse.

Sidebar: I found Da Hae’s character to be completely American in nature. She describes herself as having to “step on others” before she got stepped on herself; “hating others” before she, herself, was hated. She pursued her goal with a single-minded “me first” ambition, very much in keeping with the American ideal of “rugged individualism” and not in keeping with the Korean, Confucian concept of doing things for the greater good. Is that to say there are no social-climbers in Korea? Obviously not. But the clash between these two ideals is a major concept behind the drama.

Kwon San Woo not only put in an excellent performance as Ha Ryu (and his twin brother Cha Jae Woong), but the script afforded him the opportunity to show off his very well-toned body as he worked hard at a host bar as “Mr. Back Muscles”. Gratuitous eye-candy for the ladies? Partly, I’m sure, but the display had a serious function as well and was an important part of the plot. The characters of Ha Ryu and Cha Jae Wong were emotionally engaging in the extreme, albeit a little one-dimensional when compared to the character of Da Hae. The acting was consistent and stirring, leading one to empathize with Ha Ryu at the gut level throughout the series.

Yunho (from TVXQ), who played Baek Do Hoon, was a little less consistent in his acting: sometimes excellent, moving, credible, at other times, a tad amateurish and a wee bit off. Do Hoon’s character was sweet, unsuspectingly gullible and naïve. The genuine way in which he portrayed the slow change from complete trust and belief in his wife, to desperately wanting to believe, to the final demoralized submission to the truth was nicely done.

Baek Do Kyung’s (Kim Sung Ryung) big reveal was pretty easy to guess. The character, however, was a delightfully complex woman: strong, female head of the household and key player in the family business, but emotionally cold and lonely. There was an understated vulnerability in the character that appealed for empathy despite the cool exterior.

Best couple award of the year: Sung Ji Roo as Uhm Sam Do and Lee Il Hwa as Hong Ahn Shim. Both turned in amazing performances. 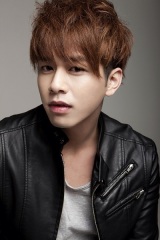 And a special “Always-The-Bridesmaid, Never-The-Bride” award to Won Hyun Sang as Yang Taek Bae. This young man is a fine actor who always seems to play the best friend, always seems to have secondary roles. His performances are consistently great and he has a charming way that should carry him much further than he seems to be getting.

Park Min Ha was a complete darling. The scenes where Kwon San Woo playfully pretended to ‘eat her up’ mimicked what the audience longed to do to this little sweetheart. I do want to add that throwing dead children into the script is using incredibly unfair emotional tactics against sensitive women.

Drama clichés: Orphans (yet again), Kpop star feature (Yunho of TVXQ), twin mixups. Most of the clichés, however, were cinematographic.

Queen of Ambition” had many, many, many familiar sets and settings: the stables from “Boys Over Flowers”, the very recognizable walkways and streetlights from “Missing You” and others, the park from “Personal Taste”, apartments from – well – everything! Yes, many dramas use the same filming locations, the same sets, props and costumes. It sometimes gives me the feeling that Seoul is actually quite small geographically, that there are so few spots in which to film. And there is apparently only one police interrogation room and one prison in all of Korea, and everyone goes to the same bar and coffee shop. Or am I the only person distracted by these things?

Stunts shots ran the gamut. Some were extremely impressive, like the car accident scene where Yunho flew through the air (a stuntman, I would presume!) Other stunts were not so well presented. The twin scenes, however, were well executed.

There seemed to be an unusual number of places where the editing was choppy, or there were abrupt changes in scenes and/or music. There were also a few noticeable inconsistencies. I often overlook these, but one odd instance included Da Hae leaving Do Hoon’s car without briefcase she’d stolen but having it later. I find it worth mentioning only because I had believed Do Hoon to be in possession of it, but it appeared with Da Hae a few scenes later.

The soundtrack included a really nice instrumental electric guitar song, although tracking down the title was unattainable using the usual sources (and a few unorthodox ones, as well!). YouTube had a limited selection and nothing is available on iTunes yet. The music was quite complimentary to the drama. In general, and this is not a fault of this drama in particular, SBS, KBS and other Korean broadcasting stations, while aware of their international appeal, do not appear to be interested in marketing to that populace.

“There Is No Love” Lim Jae Wook http://www.youtube.com/watch?v=beoQPnzsBOk

“I Love You I Hate You” Lee Jin Sung http://www.youtube.com/watch?v=r0dUE-WZfbw

The skillful development of Da Hae’s persona was the crowning achievement for this drama. When I found myself in tears when faced with her eminent demise I was honestly surprised (and a little aghast!) Yet I realized that Da Hae represented that seed of greed and envy that exists in all mankind, the small green monster kept  tethered and tamed as best we can so as to appear as civilized human beings. Da Hae cannot not be dismissed as a psychotic or an outlier in society, because it is far too easy to identify the many Da Haes around us. Ambition. Passion. Revenge. It’s not a new story, but “Queen of Ambition” packaged it nicely.