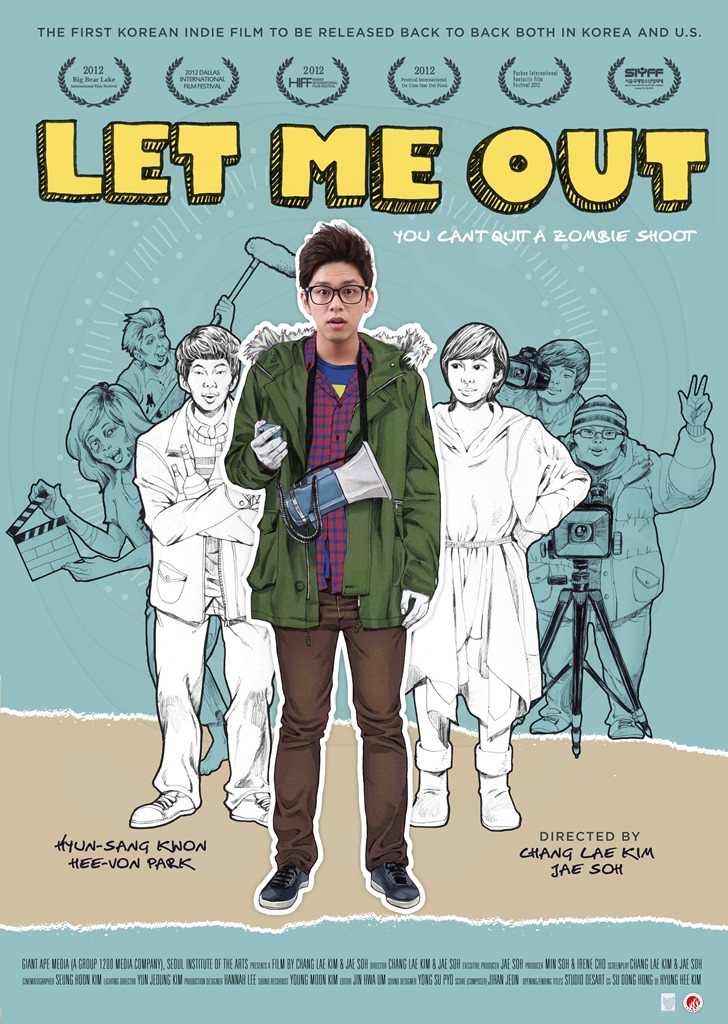 LET ME OUT: a coming of age, zombie melodrama that was released on Thursday, 8/15 in Korea, and then made its U.S. debut the very next day in the U.S. on Friday, 8/16 in LA at the Downtown Independent Theatre in LA to a sold out audience. LET ME OUT is the first Korean independent film to be released back to back in both Korea and the U.S.

The film’s lead, Kwon Hyun-Sung attended the Korean premiere for the film and then got directly on a plane and flew here. He flew in from Seoul and to walk the red carpet at the U.S. premiere of our film along with the film’s director, Jae Soh. LET ME OUT is Kwon’s first lead role in a motion picture and is the son of acclaimed Korean director, IM KWON TAEK (Director of CHIHWASEON, Winner of Best Director at the 2002 Cannes Film Festival).

On September 25th at 7:30pm, the film will release in three cities in the US: San Francisco, CA, San Diego, CA and Dallas, TX. One night only. For San Diego, it will be at the AMC Fashion Valley 18. But here’s the catch: 67 tickets have to be sold in order for the theater to guarantee screening.

The film is getting great reviews.  Especially this one by Korean film critic, Darcy Paquet, called “LET ME OUT and the plight of indie-mainstream films”

LET ME OUT is a Korean language, coming of age, zombie melodrama. LET ME OUT pays homage to Day For Night (France), Living In Oblivion (USA) and Korean cinema. LET ME OUT stars two very popular K-drama actors, Kwon Hyun-Sung (THE KING 2 HEARTS and QUEEN OF AMBITION) and K-pop star, PARK HEE-VON from SM Entertainment’s girl band, MILK and star of (GRAND PRIX, READ MY LIPS, FAMILY and GOD’S QUIZ SEASON 3).

This zombie melodrama is Mu-Young film school opus. An eternal senior, he knows everything about cinema but nothing about actual filmmaking.  Critical of everyone else, he heckles the famous indie director Ik-June Yang at a campus screening and somehow receives film funding.  His dream of working with his love-interest Ah-Young becomes a nightmare.  Everything that can go wrong does.  Barely surviving a disastrous shoot, Mu-Young learns making a movie is like love, you can’t do it alone. LET ME OUT is a tribute to guerrilla, indie, amateur, low-budget cineastes struggling to create.  It is hope.

One thought on “Korean Film “Let Me Out” – We Need to Secure 67 Tickets To Secure Screening!”